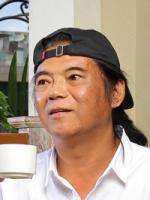 Edtami Mansayagan brings his extensive experience in indigenous advocacy to his role on the Samdhana Board. An Arumanen Manobo (an indigenous people from Cotabato, Philippines), he has worked in various capacities for many indigenous peoples advocacy groups, including his most recent roles as executive director of the Tribal Filipino Center for Development and as a member of the Presidential Task Force for Indigenous Peoples. He is also the Chairperson of the Arumanen Ne Menuvu Advisory Council, their governing council, and a former member of the Board for the Foundation of the Philippine Environment. Edtami holds a degree in Theology from a Protestant Seminary. He is also the Member of the United Nations Expert Mechanism on the Rights of the Indigenous Peoples for Asia and the Pacific (UN EMRIP). Edtami can be reached at pulasag@yahoo.com